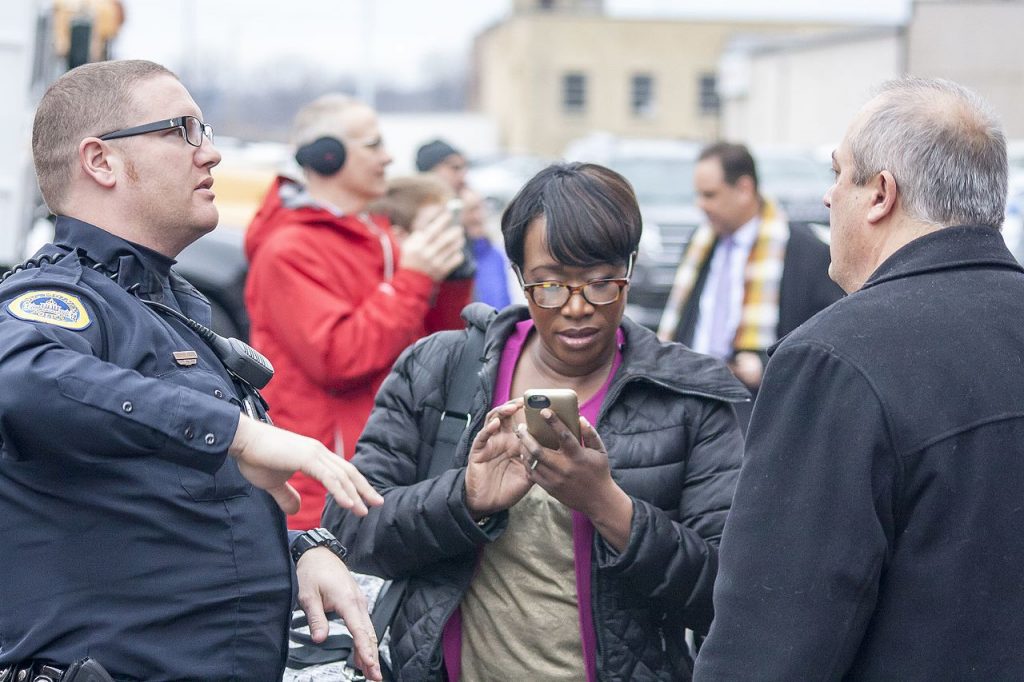 MSNBC correspondent Joy Reid checks her phone after a taping of Meet the Press. Photos from a walk around downtown Des Moines, two days before the Iowa caucuses. Phil Roeder / Wikimedia Commons

MSNBC host Joy Reid is being sued for defamation for using her substantial social media presence to publish an inaccurate account that took place at a city council meeting in California.

Back in June, Reid retweeted a photo of Plaintiff Roslyn La Liberte in a MAGA hat indicating that she was screaming racial slurs at a teenage boy. Reid’s retweet, saying that La Liberte “needs to be put on blast,” amplified the original image making it go viral and causing La Liberte to receive thousands of hateful messages and threats. The teenager later denied the account, saying he and La Liberte had a civil discussion, which prompted Reid to issue an apology tweet. But the lawsuit contends that the apology did not “unequivocally admit falsity.”

It appears I got this wrong. My apologies to Mrs. La Liberte and Joseph. https://t.co/J8vZsCwAvs

According to the lawsuit:

“Reid used her substantial social media presence, fame, and reputation as a hardhitting journalist to publish to her many followers that Plaintiff Roslyn La Liberte (“La Liberte”) screamed abhorrent racial slurs at a fourteen (14) year old boy…Reid made her false accusations for the improper purpose of advancing her own professional and political agenda at the expense of La Liberte’s reputation and privacy.”

The Hollywood Reporter spoke with experts that are split as to whether the initial tweet was defamatory, but agree that Reid’s retweet could make her liable for defamation if the court decides that the original tweet was in fact defamatory. Although La Liberte is not a public figure, the tweet centers on a national issue of public concern.