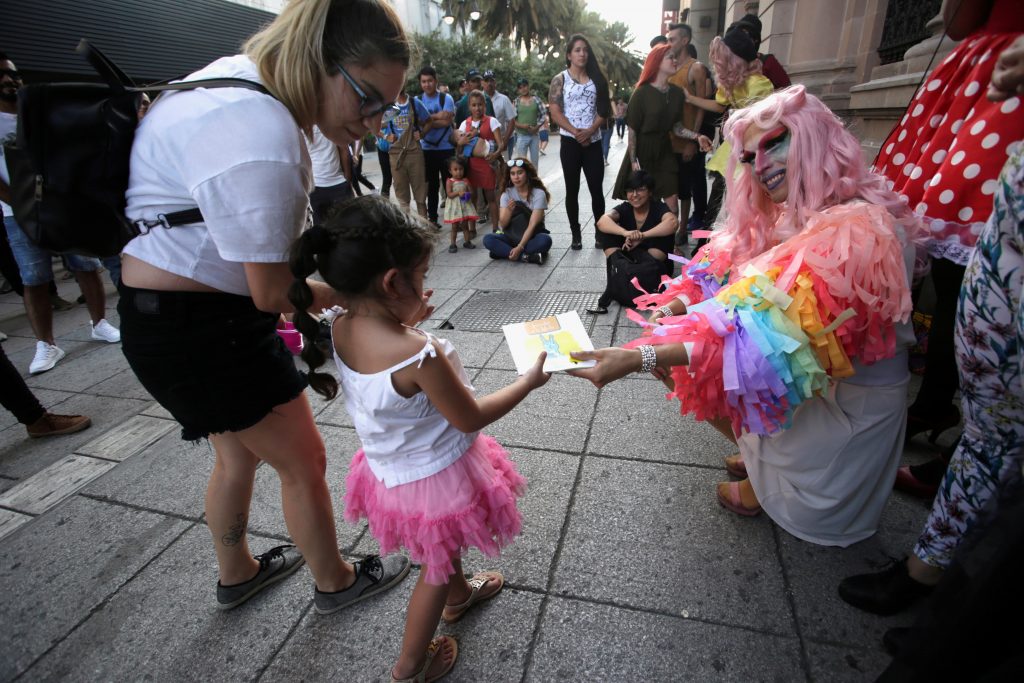 A participant dressed in drag gives a book to a child during the “Drag Queen Story Hour” event in downtown Monterrey, Mexico. June 9, 2019. REUTERS/Daniel Becerril.

A public library in Leander, Texas canceled an event involving Lilah Sturges, a trans woman and graphic novelist, after city officials published new additions to an event policy hours before Sturges was scheduled to speak.

The policy changes required that Sturges submit a background check before speaking, something the novelist said she would have done had she been informed ahead of time.

This isn’t the first time the city has cancelled an event involving a controversial speaker. In June, the same library had scheduled a children’s storytelling event called ‘Drag Queen Story Hours.’ According to The Austin Chronicle, the June event was cancelled because “the city was concerned about the emotional nature of topics related to the drag event.”

The recent cancellation of Sturges’s reading has rekindled these conversations and drawn the attention of national free expression advocates who are worried that many of the city’s new policies risk infringing on First Amendment freedoms.

In a joint letter to the city’s mayor, the National Coalition Against Censorship, the American Booksellers for Free Expression, the Comic Book Legal Defense Fund, The Authors Guild, and PEN Children’s and Young Adult Books Committee condemned the city officials’ actions as an example of government viewpoint discrimination—the disfavoring of speech because of a disagreement with the viewpoint expressed.

“This capricious application of expanded restrictions strongly suggests a bias against Sturges’s gender identity and a gross violation of First Amendment principles.”

According to the letter, Sturges remains the only guest speaker to be denied access to the library under these new policies.