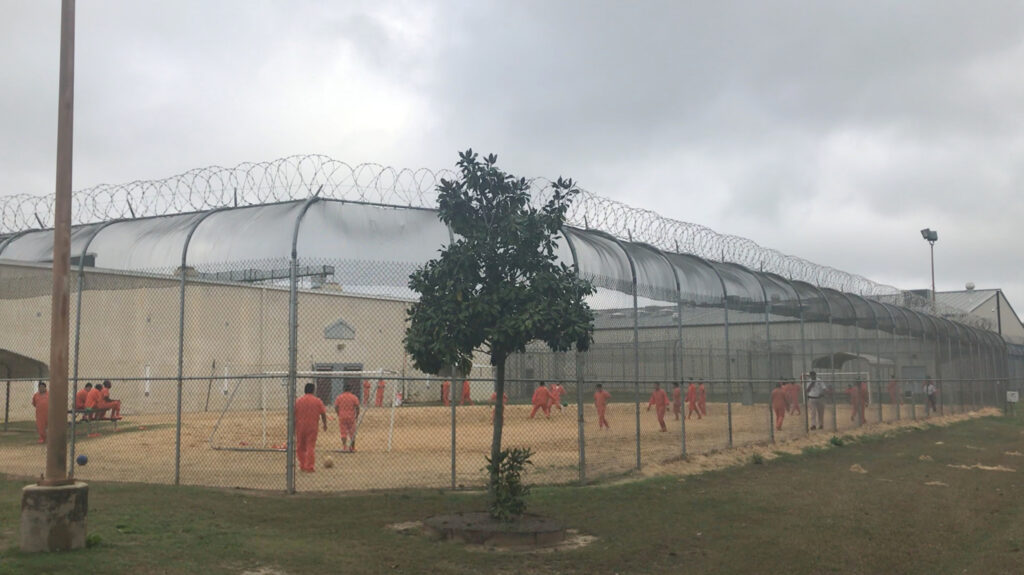 Update: An earlier version of this article said that the U.S. government had agreed to freeze the deportation of the women who reported abuse while detained at the Irwin County Detention Center in Georgia. After the story was published, Vice News reported that the agreement had not yet been finalized.

For almost a year, women detainees in an immigration detention center in Ocilla, Georgia have tried to call public attention to a pattern of medical neglect and mistreatment, many at the risk of deportation.

According to The Guardian, at least 43 women at the Irwin County Detention Center (ICDC) say they were subjected to invasive and painful gynecological procedures. Of the 43 women who filed complaints, six have been deported since they reported abuse, and seven have been listed for deportation.

ICDC is a private facility operated by LaSalle Corporations which has denied the allegations of abuse.

The pattern of retaliation has led to what might at first sound like a paradox: a free-speech group asking the court to block public access to records. However, a closer look at the case shows why First Amendment interests weigh in favor of keeping the women’s testimonies under seal.

Clare R. Norins, Director of  University of Georgia’s (UGA) First Amendment Clinic, admits she is normally on the side of transparency. Yet, this November, she and her team helped prepare a motion asking the court to allow about 20 women to file testimonies under Jane Does and to keep their declarations under seal. The court granted the motion on November 24th after finding the women had “plausible fear of retaliation.”

In a telephone interview, Norins explained that the circumstances were similar to that of a confidential source or whistleblower who faced serious risks for speaking out. Her team is currently working with the school’s immigration clinic, Community HeLP, in representing one of the women who faced abuse while at ICDC.

“Given that risk of retaliation is so high based on how women at the center have been treated in the past, we felt like it was more important to protect their identities so that they could petition the court for redress of grievances,” Norins explained over the phone.

Samantha C. Hamilton, a legal fellow at the UGA clinic, said that the risk of retaliation in this context was far higher than a person who might lose their job or government benefits from speaking out.

“Some of these women are trying to come forward, not just for the First Amendment principle of having their voices heard, but to provide helpful information for a federal investigation. I can think of few things more chilling of speech than sending someone out of the country,” Hamilton said.

Even a redacted version of the testimonies could still put the women at risk, Norins explained, because “it was impossible to know what information within the declaration could be used to identify the women.”

The testimonies were filed as part of a case involving Yanira Yesenia Oldaker who was listed for deportation just days after she submitted sworn testimony about two nonconsensual procedures she was subjected to during her detainment. Oldaker’s lawyer, Elora Mukherjee, director of the Immigrants’ Rights Clinic at Columbia University Law School, was able to halt her deportation and is now trying to get her a U Visa, a status given to victims of crimes so they can remain in the country to help with an investigation.

David Snyder is the executive director of First Amendment Coalition, a group that regularly pressures courts to keep records and proceedings open to the public. This situation, he said, highlighted “an interesting contrast between the First Amendment right to anonymous speech and the right to access court records,” but that the public interest was best served on the side of anonymous speech.

“The First Amendment is there primarily to make sure the public is aware of how the government is conducting its business and effectively protest government misconduct. On balance, not knowing the identities of the women who are filing declarations is more than a fair trade-off for getting the information about the abuse suffered at the hands of government agents.”

An Immigration and Customs Enforcement spokesperson told NPR that “any implication that [they were] attempting to impede the investigation by conducting removals of those being interviewed is completely false.”