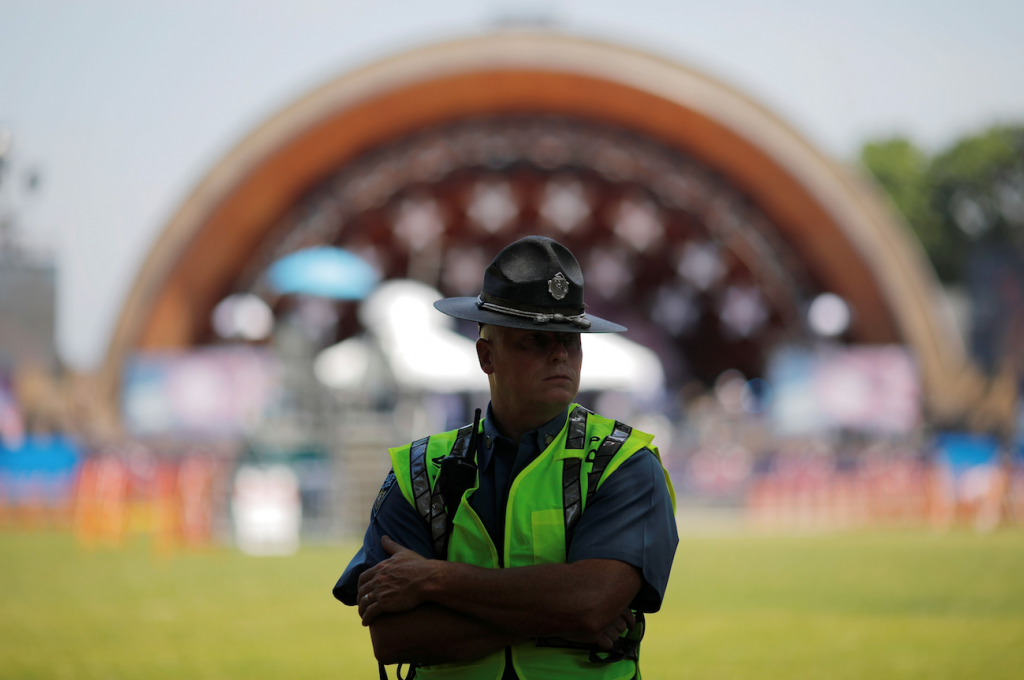 A Massachusetts State Police trooper stands at the Hatch Shell ahead of Fourth of July festivities in Boston, Massachusetts, U.S., July 3, 2018. REUTERS/Brian Snyder

A Massachusetts prosecutor asked the U.S. First Circuit Court of Appeals on Wednesday, January 8, to overturn a 2018 ruling that found a state ban on secret audio recording of government officials was unconstitutional.

Also known as the “two-party consent” law, Massachusetts wiretapping law criminalizes the recording of a conversation without the consent of both parties. According to the Digital Media Law Project, a legal resource site produced by Harvard University’s Berkman Center for Internet & Society, the law has been used to punish people for surreptitiously recording police officers, including a political activist who was found guilty of violating the statute in 2007 after secretly recording a Boston University police sergeant during a public demonstration.

In 2016, the American Civil Liberties Union (ACLU) of Massachusetts filed a lawsuit against the Boston Police commissioner, arguing that the law violates the First Amendment right to gather information about police officers. The complaint said that the original intention of the lawmakers was not to bar the public from recording public officials, but to protect citizens from government surveillance.

In 2018, U.S. District Court Chief Judge Patti Saris sided with the ACLU, and ruled that the law violated the constitution.

The law “may not constitutionally prohibit the secret audio recording of government officials, including law enforcement officials, performing their duties in public spaces, subject to reasonable time, manner, and place restrictions,” Judge Saris wrote in her decision.

A panel of three judges will decide the case, according to AP News.